Order of Exploitation or Compulsory License for Vaccine Patents

If one follows the current discussion on the supply of Covid-19 vaccine to the population, people in public life like politicians, television presenters and others, repeatedly express the view that patent law should be overridden in order to allow further producers free access to the market and to remedy the currently prevailing shortage of vaccines. One gets the impression that, if only the political will existed, the executive could override the effect of the patents with a stroke of the pen. However, the proprietor of the patent alone is entitled to use the patented invention, which is otherwise prohibited to any third party without his consent (Section 9, Sentence 1 German Patent Act).

It may be assumed that the least of those who are now calling for a waiver of patent protection have studied the provisions of Sections 13 and 24 of the German Patent Act or the analogous provisions in other countries.

A patent is a constitutionally protected property right in the sense of Article 14 Basic Law for the Federal Republic of Germany. A patent right, for example to a vaccine or other drug, confers the holder the exclusive right to produce and market it. The property right of the inventor or his legal successor are a high legal asset, resulting from the granting of the patent and the freedom to dispose of it on his own responsibility. Therefore, the power of the public authorities to interfere with the right of the patent owner is subject to high hurdles, even if they pursue public interests for the common good. Nevertheless, the patent holder's right has its limits, and it is possible in the public interest that patented items, such as vaccines, are manufactured by a third party even without his consent.

Section 13 enables the Federal Government to order the use of a patented invention against the will of the patentee if a higher public interest so requires. The prerequisite for such an order is that a condition exists which makes governmental welfare absolutely necessary, i.e. an emergency which cannot be remedied without governmental intervention. If the federal government deems it necessary in the interest of public welfare, which undoubtedly includes public health and pandemic control, it may order the use of the patent. However, the necessity of a use order is lacking if the desired goal can also be ensured in another way. The question therefore arises as to whether such an emergency currently exists with regard to the supply of Covid-19 vaccine. There is currently no question that the companies that developed Corona vaccines are willing to exercise the patents granted to them, to produce vaccines on as large a scale as possible and to make them available to the world population. It will be difficult to justify a use order at least if the patent holder not only makes all reasonable efforts to meet the demand itself, but would also be prepared in principle to grant a regular license. An encroachment on the patent right with a use order also has the consequence that the patent holder has a claim against the Federal Republic of Germany for appropriate remuneration. This claim against the Federal Republic of Germany also exists if the latter entrusts third parties with the exercise. The fact that the Federal Government becomes a direct debtor for the vaccine produced by order is likely to result in practice in the Federal Government weighing such a step extremely carefully. Nor is the government's exercise of the patent itself likely to be unproblematic in implementation. In the absence of federally owned pharmaceutical production facilities, the government would have to entrust third parties with the exercise. However, the third party would not be allowed to use the invention for its own commercial purposes, but would be limited to the extent necessary to promote public welfare. Use beyond that would be patent infringement. It is doubtful whether a company will quickly be found to produce the vaccine under the terms of the government's use order. In addition, the patent holder has the option of taking legal action and challenging the order before the Federal Administrative Court.

An alternative to the use order would be the issuance of a compulsory license under Section 24 Patent Act. This requires that the patent owner is unable or unwilling to manufacture the protected Covid 19 vaccine to a sufficient extent itself. Furthermore, another pharmaceutical company must have an interest in manufacturing it under license. Compulsory licensing proceedings only come into question if other efforts to obtain a license on reasonable customary business terms within a reasonable period of time have been unsuccessful. Only then the public interest in granting a compulsory license is examined as a further prerequisite. If such a public interest exists, a compulsory license may also be granted by a preliminary injunction in cases of particular urgency. Effective control of a pandemic could justify such a particular urgency.

Conclusion: There are high legal hurdles for a compulsory license or a use order. These have led to the fact that such an intervention in the rights of a patent proprietor has occurred only extremely rarely in the past of the Federal Republic of Germany. Even if one affirms the legal requirements, it is very questionable whether such a measure would be suitable to accelerate the supply of Covid 19 vaccine to the population. Even if it is an understandable goal that everyone worldwide should be vaccinated as quickly as possible, the principles of the rule of law must not be set aside when considering an encroachment on patent law. 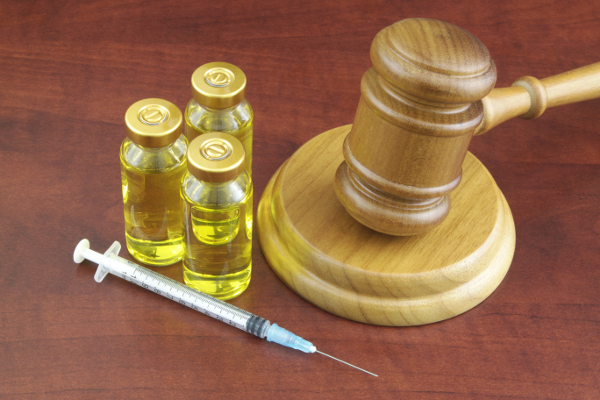